In the Cornelia/Coral project, Prof Koen Brosens and his group investigate the impact of community links on the cultural production of the 17th century: how do professional and social relations between actors (weavers, patrons, their families) influence the creation of tapestries.

The researchers gathered data from public records to build this network, containing several thousands nodes and links. Previous work in visualizing this network as node-link diagrams has proven not to be too useful.

In this project, Houda Lamqaddam developed custom visualizations of this network, based on interviews and using different iterations of the designs.

This visualization exercise is aimed at:

Different tasks were distilled from the interviews:

Several iterations were used to gather feedback on initial sketches. 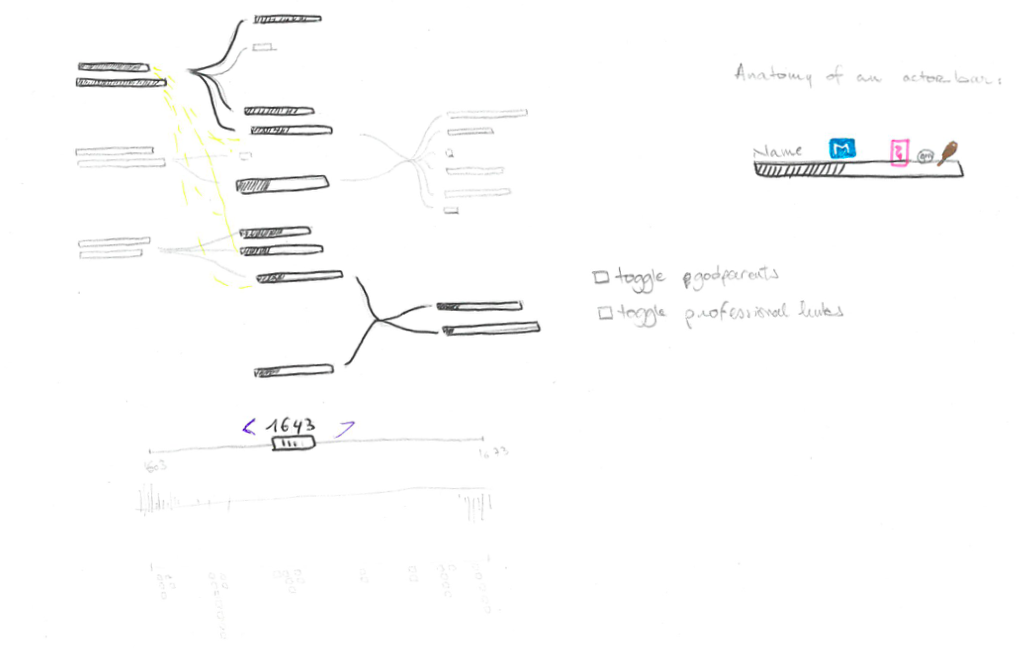 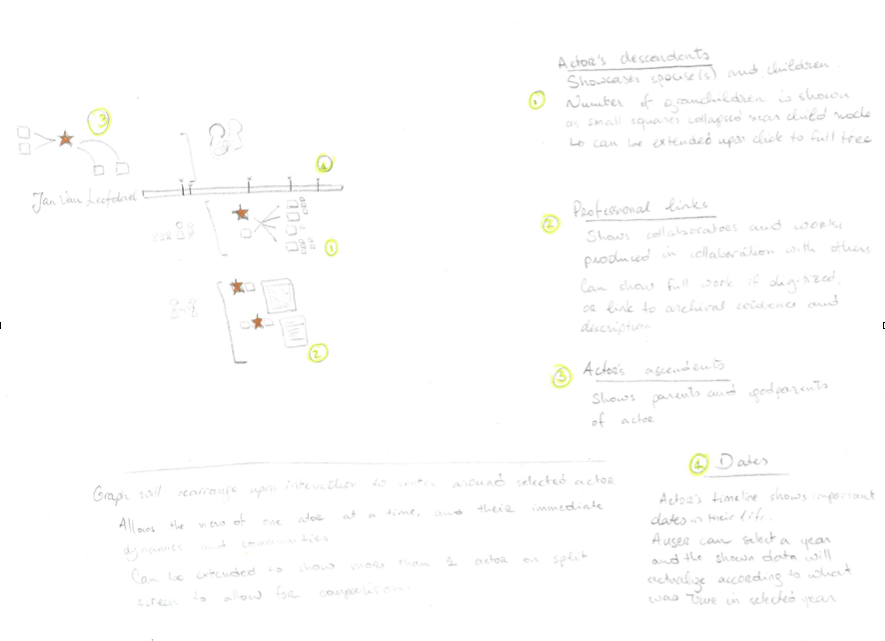 A difficult aspect of the information to be displayed concerned the time-dimension, as it is important to see the network in its state at different moments in time, but also the age of an actor at those moments.

In the final design, the genealogic aspect in the data is represented in a family tree, grouped per family. Each generation is anchored at a fixed horizontal position, regardless of time. An overview of the available data across time is represented in a vertical bar.

Each person is represented by an annotated bar containing the information pertaining to them. The bar is a rectangle of fixed height, where the width is proportional to the lifespan of the person. Because a user can select to view the graph in a specific year, this rectangle - or life bar - is filled up to represent to the current age of the person.

The final tool is available here.