For the spark exercise, we will use a jupyter notebook with Google Colaboratory. I will send you an invitation to access the notebook. 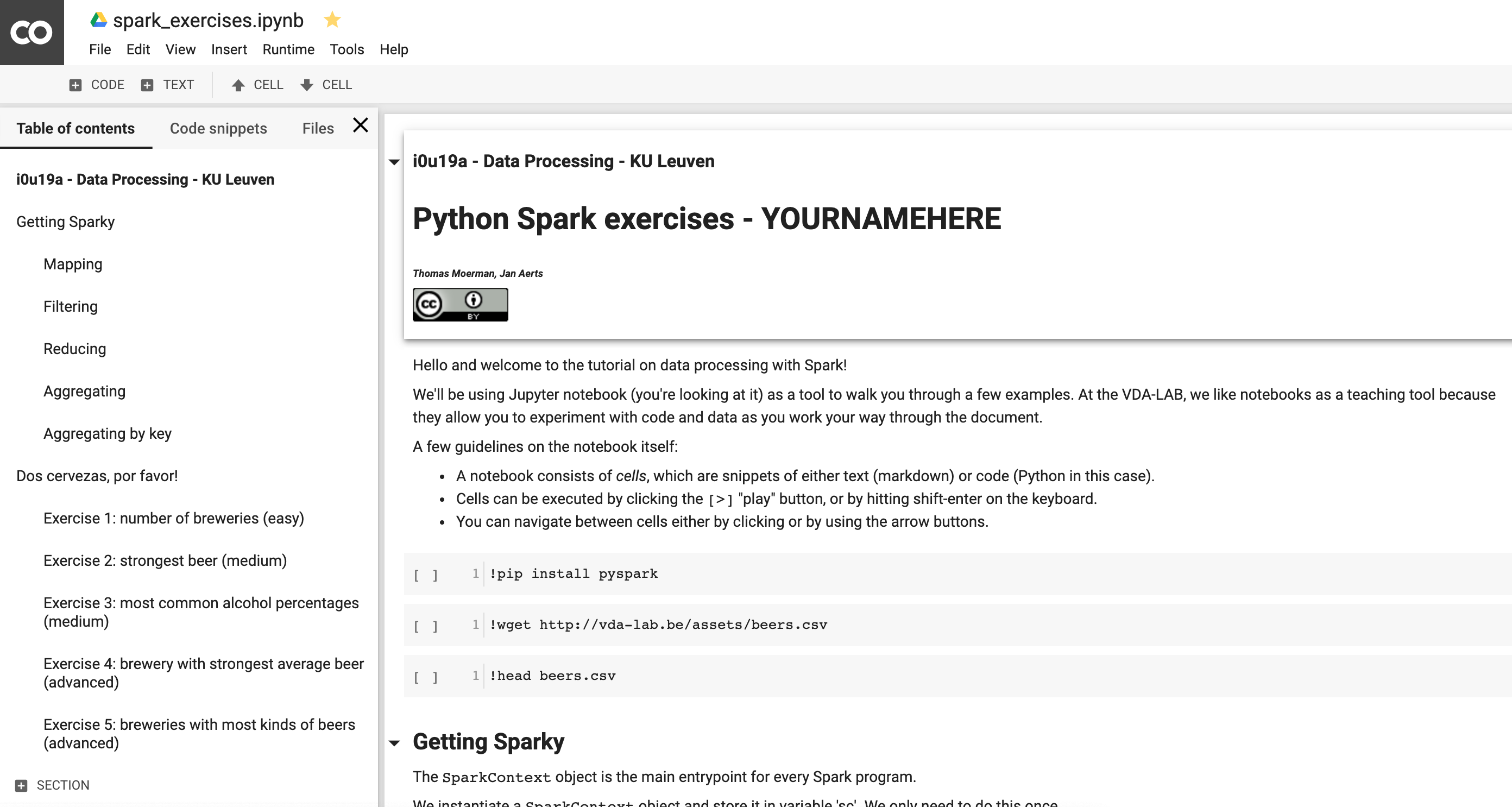 When you receive the invitation,

We’re running a mongoDB instance in the cloud using MongoDB Atlas, which is MongoDB-as-a-service.

For the mongoDB exercise, we’ll also use a jupyter notebook with Google Colaboratory like for the spark exercise above. You’ll find a link on Toledo to a read-only exercise notebook: make a copy on your own Google Drive before starting the exercise.

When finished, create a PDF (File -> Print -> Print to PDF) and submit to Toledo.

For the neo4j exercise, we’ll use the sandbox provided by neo4j itself. Go to http://neo4j.com/sandbox-v2 and log in (create a new account if necessary). You’ll be presented with a number of sandbox options (datasets). We’ll use the one named Russian Twitter Trolls. Click on “Launch Sandbox” and next on “Visit the Neo4j Browser”.

The sandboxes at neo4j provide an extensive tutorial on the background of the data, what it was used for, and how to query it. Go through the tutorial (use the right arrow to advance to the next section). If you close the tutorial card by accident, you can open it again with :play https://guides.neo4j.com/sandbox/twitter-trolls/index.html.

When you’re in the graph view (see image), you can click on a node and then on a property at the bottom of the card. This will show the value for that property in the nodes themselves. Very useful if you e.g. want to have the tweet text shown in the nodes.

Note: The datamodel presented in the tutorial itself is not entirely complete. Check the correct schema with the command CALL db.schema(). 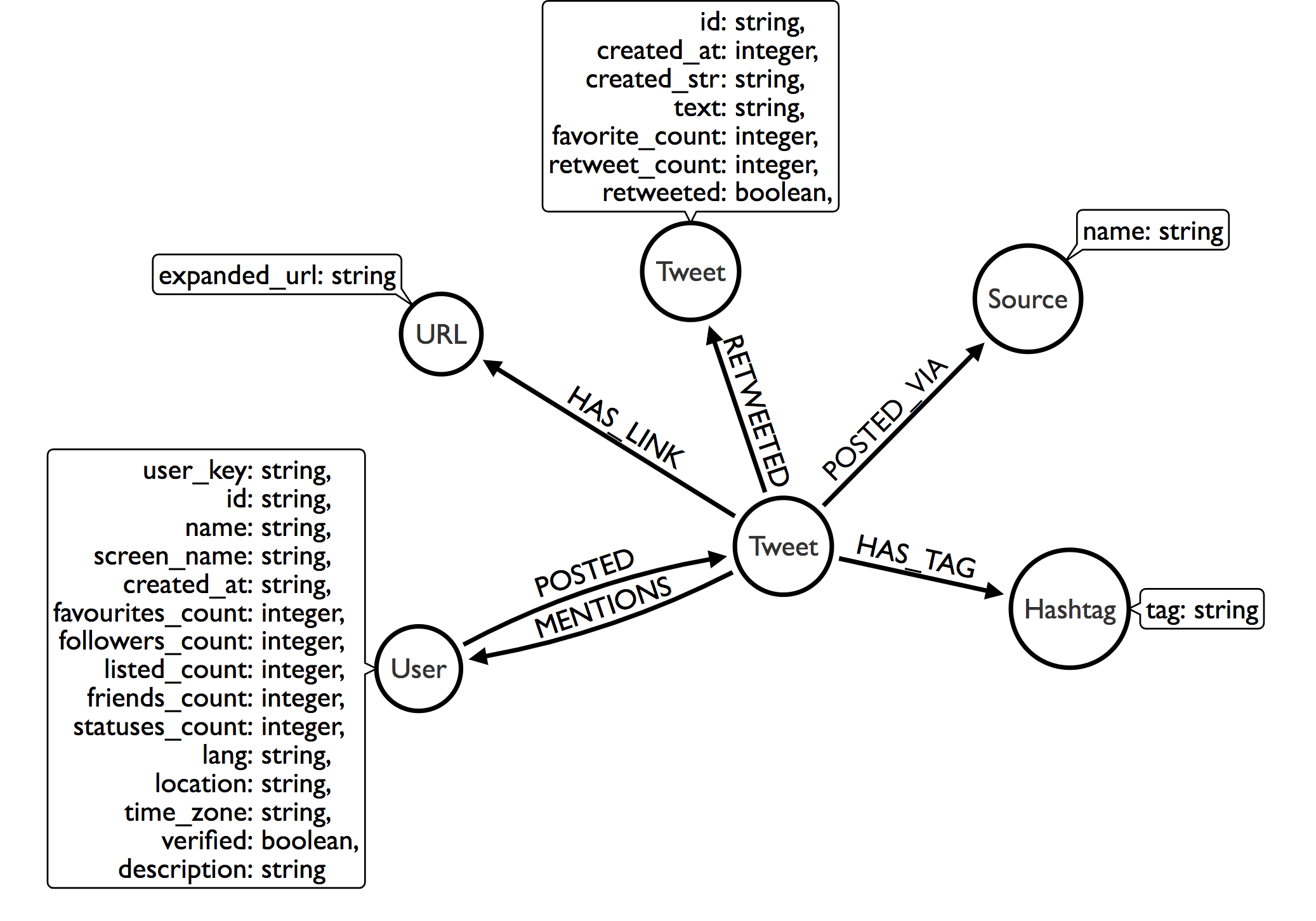 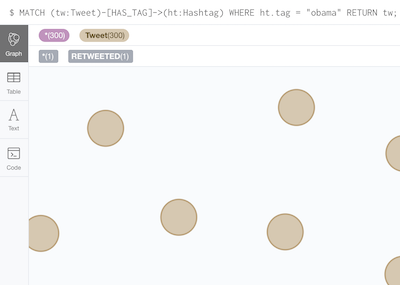 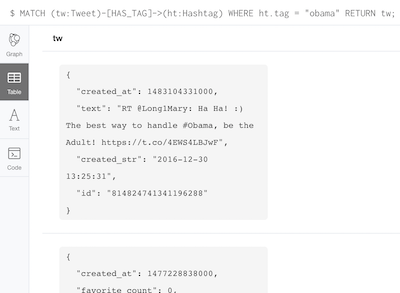 At the end of the tutorial you will be presented with some ideas for further exploration. There’s a link to an NBC News Article: Russian trolls went on attack during key election moments. Read the article, come back to the “ideas for further exploration” page and answer the questions below. Create a PDF report to be uploaded on Toledo where - for each of these questions - you list the answer as well as the Cypher query that you used. Unless mentioned otherwise, each of the questions below should be answered using a single query.