Panel has another neat trick: it can create a dashboard that is separate from the whole jupyter notebook interface.

In the previous section, we created a dashboard with a title, some text and a plot:

This code was embedded in the rest of the notebook, so actually looked like this: 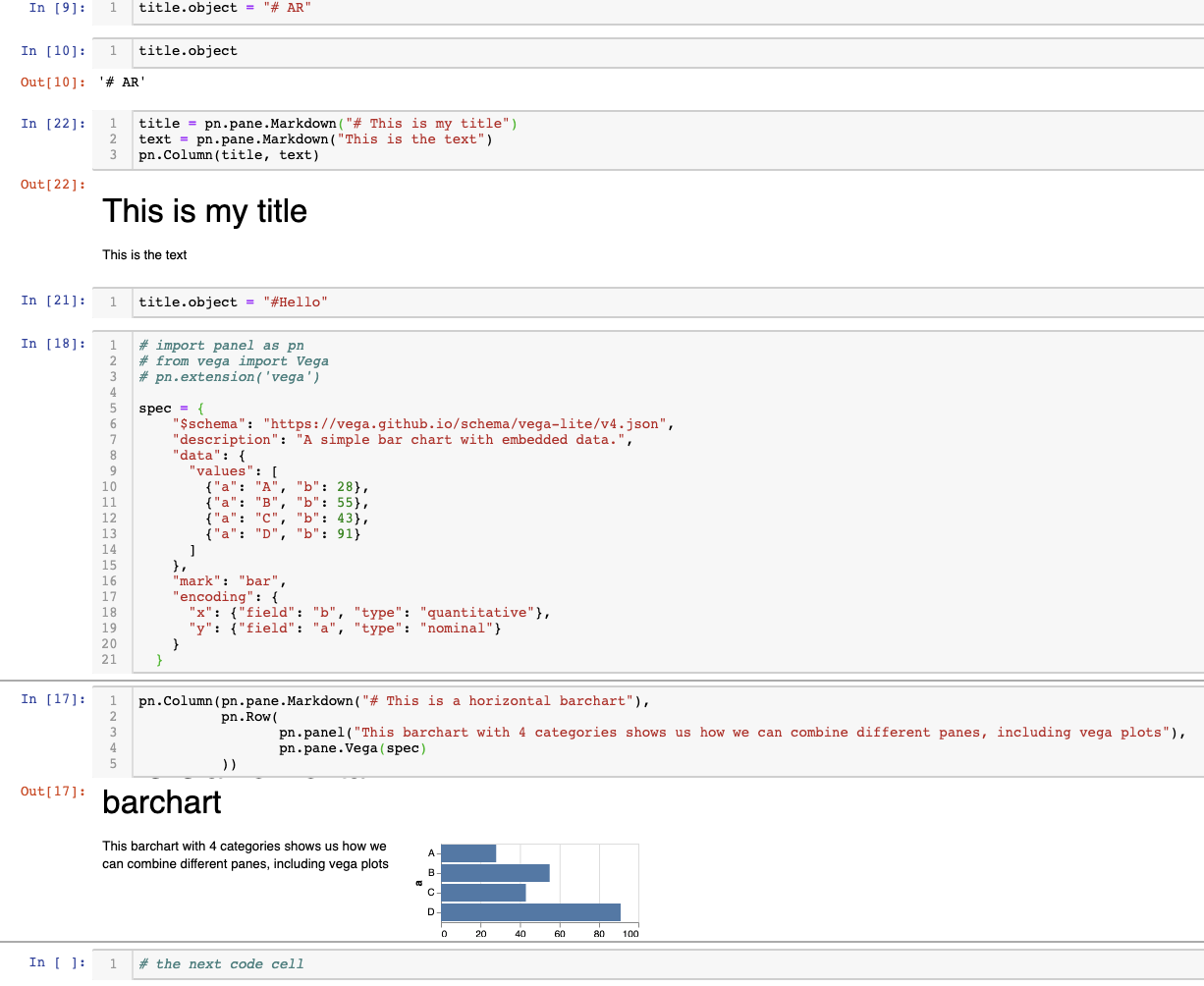 Obviously, this is good enough if we’re still in the developing phase, but at some point, we will want to have a cleaner solution.

Sharing on your own computer

Nothing could be simpler: just by add .show() to the code above, jupyter notebook opens a new window with just this dashboard. 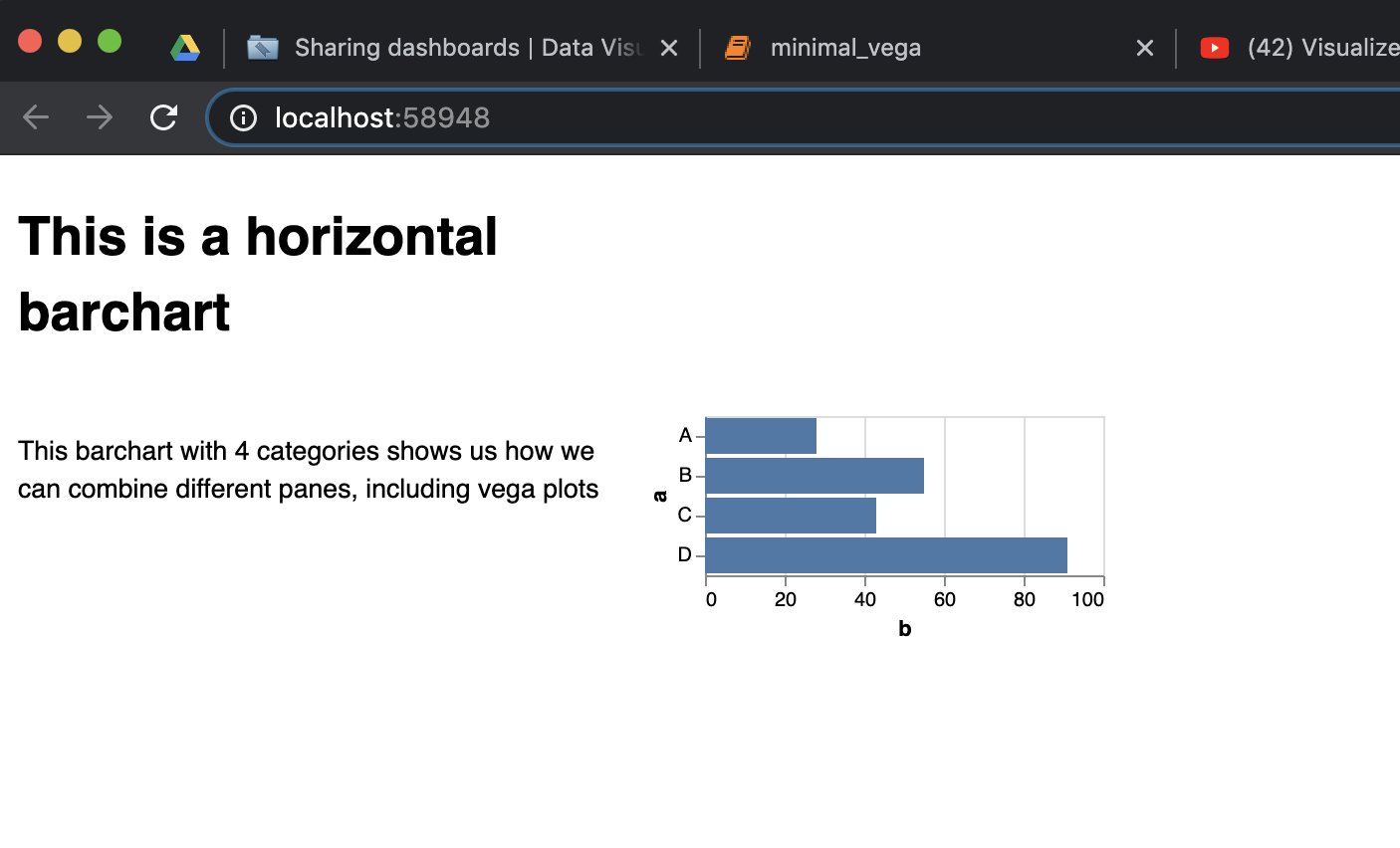 This starts a new notebook process on your computer and opens a new browser tab with just the dashboard.

In some cases, however, you want to make the dashboard available to a bigger group of people and just want to have it run on some server. In that case we cannot run the notebook interactively and use another solution.

This is a two-step process:

This is the output when I run this command:

This output shows us that the dashboard is running on http://localhost:5006/minimal_vega where other people can access it (obviously replace localhost with the correct IP number).

If you have .servable() on more than one dashboard, these will all be included.